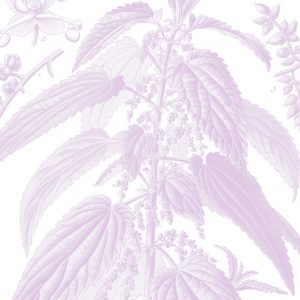 Since the Copper Age, and also during the Roman and Medieval times, nettle was widely used as valuable nutrition, medicine, fiber and dye. From the 5th till the 10th century, the usage of nettle was expanded to include therapeutic purposes as well.

In the 1st century, the Greek doctors Pedanius Dioscorides and Galen, both referred to the therapeutic properties of nettle leaves. Hippocrates (460-377 BC) and his supporters reported 61 medicines based on nettle.

The nettle’s reputation as a healing herb continued to spread and after hundreds of years, people in many different countries of the world, used nettle to treat skin diseases.