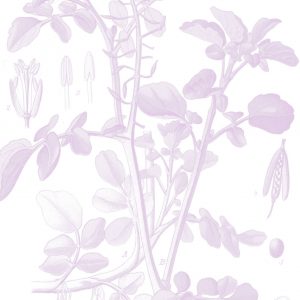 Watercress is considered to be one of the first plants humans ever consumed, and it was known for its therapeutic properties in ancient Persia, Greece and Rome.

The Latin name of this herb belonging to the Cruciferate family is Nasturtium officinale, indicating its healing properties. It is also known as cresson (from French) and it can be consumed as a salad, but also used for pharmaceutical purposes.

Dioscorides called it Σισύμβριον το έτερον (which roughly translates as “the other Sisymbrium”) and Hippocrates described it as a stimulant and expectorant. It was also cultivated in ancient Egypt and Judea, as mentioned by Jonathan in the bible.

Watercress has been used for the treatment of coughing and bronchitis in folk medicine for thousands of years.