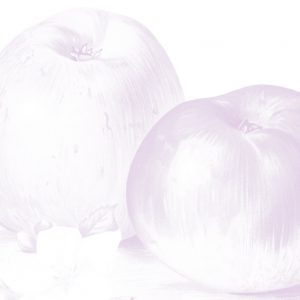 The cultivation of apple trees in Greece goes back to ancient times, as there are references in the works of both Homer and Theophrastus that actually mention different varieties, such as the spring apple tree, the sweet apple tree, the wild apple tree and so on.

Apple is referred to as the divine fruit or the symbol of love, sexual attraction and fertility in numerous cases, either in the context of narration or as a metaphor.

And despite the fact that this fruit could have been a symbol of negative feelings and unfortunate situations for ancient Greeks – after the scheming of goddess Eris who tossed a golden apple (the Golden Apple of Discord) in the midst of the feast of the gods at the wedding of Peleus and Thetis as a prize of beauty, thus sparking a vanity-fueled dispute among Hera, Athena, and Aphrodite that eventually led to the Trojan War – they continued to prize it as a symbol of love, female beauty, sexuality and fertility.